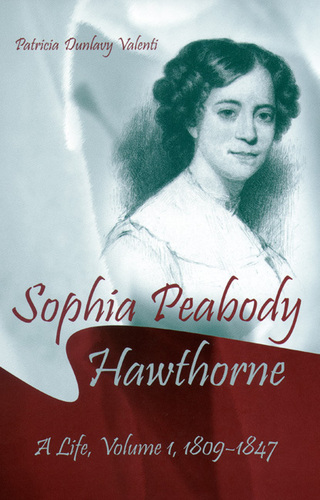 Born in 1809 into an expansive home, Sophia Peabody lived among women who provided both financial and emotional sustenance. She was a precocious, eager student, whose talent as a visual artist was cultivated by the leading painters of her day--Thomas Doughty, Chester Harding, and Washington Allston. As one of America’s first women to become a professional artist, she exhibited her paintings at the Boston Athenaeum and earned income from her oil canvases, illustrations, decorative art, sculpture, and copies of the masters’ works. In the early 1830s, she traveled to Cuba, delighting in the lush landscapes, riding horses by day and waltzing by night with a handsome Spanish suitor. Her Cuba Journal, a more than eight-hundred-page record of her insights and experiences, was widely circulated and served as an introduction to her future husband. He was entranced by the descriptive prowess of this “Queen of Journalizers,” as he dubbed her. And he was drawn to this woman who was so very different from all he had known, for he had grown up in a reclusive family and had been a reluctant student. His travels had been circumscribed and unadventurous. He had masked his identity as an author behind anonymity. Valenti emphasizes the chasm between their experiences with parallel biographies that present Sophia, then Nathaniel, at comparable moments. When, after a lengthy engagement kept secret at his request, they married, Sophia believed she had entered a relationship between equal artistic partners. But Nathaniel quickly squelched her artistic career. When she transferred her creative energies to motherhood, the tensions between husband and wife ignited his fiction, and he published some of his most memorable stories. These did not, however, earn money sufficient to pay the rent. Volume 1 concludes with Sophia’s negotiation of the Hawthornes’ eviction from the Old Manse and the birth of their second child.