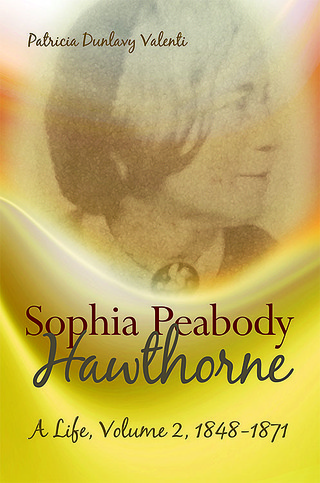 Sophia Peabody Hawthorne, A Life, Volume II, 1848-1871 (University of Missouri Press, 2015) situates this artist and citizen of the world, writer and editor, devoted wife, mother, friend, and—above all--defiant optimist within a period of national conflict, emerging class divisions, and evolving gender roles. Sophia’s persistent financial hardships and recurring separations from Nathaniel did not prevent her from announcing his perfection and the glories of motherhood. Her resilience and creativity were qualities that insinuated themselves into some of his most enduring, complex female characters. But her increasingly remote husband, fractious children, and staid Peabody sisters did not satisfy her appetite for intense relationships, and she turned to friends, some of them the country’s wealthiest people and political figures on both sides of the abolition question. Her lifelong friendship with Sarah Shaw, mother of Robert Gould Shaw, illuminates the sacrifices others made to free the slaves, while Sophia left their fate to providence. When living in Italy, Sophia’s companions--the astronomer Maria Mitchell, the sculptor Harriet Hosmer, the actress Charlotte Cushman—were women whose “female marriages” challenged assumptions about normative heterosexual unions. The depth of Sophia’s feelings for John Louis O’Sullivan, the man who coined the rallying cry for westward expansion, and Annie Fields, the wife of her husband’s publisher, expand or upend (depending upon one’s point of view) the notion of the Hawthornes’ storied marital bliss. Seen from Sophia’s perspective, Nathaniel Hawthorne appears to be a feckless, improvident man shattered physically and mentally during his last years. As an impoverished widow, Sophia published some of her travel writing, thereby defying her husband’s prohibitions. She turned his private writing into a commodity in order to support herself and her children. By editing and publishing his notebooks, she legitimated biographical criticism of his fiction and permanently influenced the study of his life. The years she spent in the British Isles and Europe widened her appreciation of art and religion and loosened her ties to New England. Abandoning the Union that had so recently been saved, she became an expatriate and died in England in 1871.